Making Websites Is Not Easy

I often find myself in a crossfire between artists and managers who want more transparency and innovation and collective management societies that see themselves as the last stable pillar for music composers, producers and performers to collect their royalties. I was in Bratislava preparing a project with the Slovak societies when a Belgian music professional, Suzanne Verschueren working in the Slovak music industry showed my Moon Moon Moon’s Journal Entry 10. A letter of complaint to the Dutch collective management societies, Buma and Stemra. In a song. With video animation! 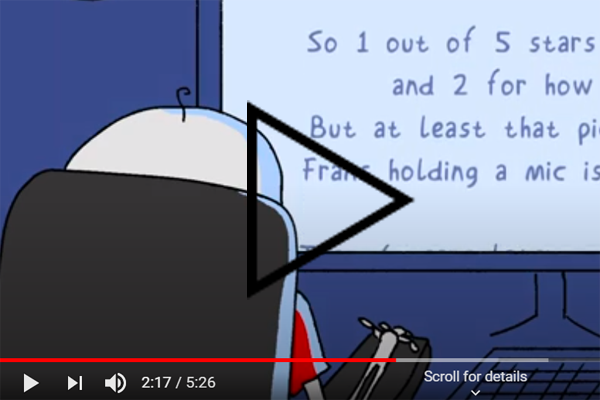 I immediately contacted Moon Moon Moon, because I had a better laugh at a music industry insider joke, and because I realized that this is one of the many bridges that we need to close if we want to build the European Music Observatory. (See our Demo Music Observatory here.)

Of course, Buma/Stemra reached out to Moon Moon Moon within a day of the release, and within a week they figured out where did the 1500 euro go, apologized for the mistake. The band and the collective management organization have been working together ever since as best friends forever.

For me, this story is not over. A year later, the video had less than 1000 views on YouTube. How is it possible, when the Moon Moon Moon Journal Entries are so good? My startup team decided to team up with the MMM collective to figure out how it is possible that with all the might of the artificial intelligence of YouTube’s and Spotify’s algorithms this gem is not world famous yet. And yes, we are working with a sister society of Buma/Stemra in Slovakia to make this happen, who, in spite of their bad rep among artists, have been fighting with me side by side since 2016 to make this happen.

We decided to design an app that connects artists and their fans in a better way, using the same might of the algorithms, but working for the small band. We will re-release the Journal Entries as an album, and we will create algorithms that will find audiences for MMM all over in the Netherlands and Belgium, and in Japan, and probably in many other countries on the way from Utrecht to Kyoto.